Preacher is the comic book series by Garth Ennis and Steve Dillon about the story of Jesse Custer, a preacher in the small town of Annville, Texas.  The superhero part of it comes from when Custer is possessed by Genesis — the offspring of an Angel and a fallen Devil — and gains the power of “the word of God” which seems to be able to command anyone to do anything.  It’s also a love story between Jesse and Tulip O’Hare; and a frenemies story between Jesse and Cassidy.  And a giant fight with a Dan O’Brien style all-powerful cult descended from Jesus of Nazareth.  And a bunch of other crazy, bright-colored characters.

Almost everyone has heard of this series for ages and I had too but for whatever reason had not gotten into it.  This summer I did and ripped through the six books that collected the series.  It meanders quite a bit but it’s also really hits you at times in its own weird way. 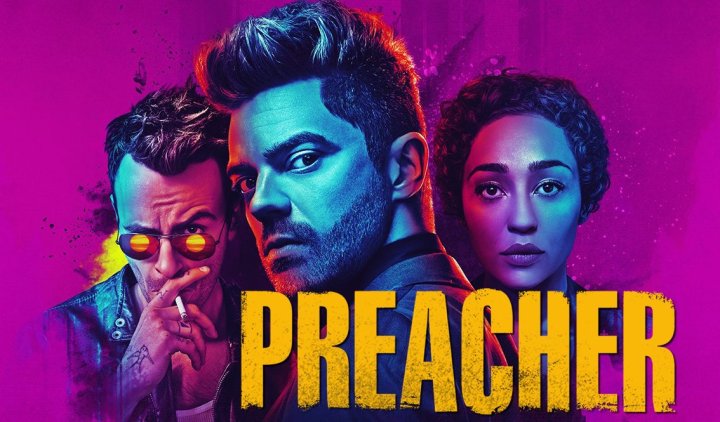 And now its a teevee series on AMC which I suppose is worth checking out as some point.  A lot of the visuals in the comic book are over the top, and then some, and so I do wonder how you deal with that on video.